Recently, more than $1 million has been approved for the transformation of Queen Street in Downtown Kitchener with a secondary budget allotted to repair base infrastructure. It’s an exciting new turn for businesses, shoppers, visitors, and those who live and work in Downtown as the Placemaking Plan sets forth for a 2019 start.

Downtown Kitchener will see the investment transform the two block stretch between Duke and Charles, along with Vogelsang Green, and the parkette at Charles and Queen Street and Halls and Goudie’s Lane, capitalizing on the historical significance and charm of this once humble dirt road.

In fact, Queen Street has a long history of big plans. In 1807, Joseph and Barbara Schneider arrived after a seven-week trek from Pennsylvania and the Schneiders chose a site near a creek that later bore their name. Joseph then built a dirt laneway from his farm to the Great Road. In time, Joseph Meyer Snyder, great-grandson of the pioneer, planned for a leisure venture, with pony rides, archery and the Pickwick Miniature Golf Course, followed later by shops, apartments and industry. Thanks to their pioneering spirit, the Great Road, now called King Street, intersects Queen Street, where the historic Walper Terrace Hotel still stands at 1-11 King Street West since January 1, 1893.

Today, Queen Street is re-envisioned with an enhanced space for public events, festivals, performances and culture with an amphitheatre, wider side-walks and a ‘people-first plaza’. It’s an exciting new start that will bring the charm of this cultural history forward.

“What sets a city apart from another is the character of its streets. Queen Street has that historic main street feel,” says Brandon Sloan, Manager of long range and policy planning with the City of Kitchener. 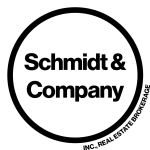